Welcome back, this will be our second devblog covering the work done for Warfare 1944 in the month of June, 2020. If you missed our last devblog, you can find it here.

To get started, we would like to recap the results of Warfare’s launch, which took place on July 7, 2020. Launch day went fine, although the issues during the beginning that caused the game to not show up or be downloadable (which were due to certain factors that were out of our control and had to be corrected by Valve) unfortunately set us back a few hours as we worked to get it corrected.

Issues aside, launch day was about as we expected otherwise: we are releasing the game in quite an early state, and we are fully aware that the game is not yet in a place where it is going to attract a lot of attention or retain player’s interest for extended periods of time. For us, Warfare is only in its introductory phase, meaning it is likely to mainly attract early adopters (i.e. those that want to get in early and are not just interested in the game but also how the development evolves over time). Because of this, we are not attempting to generate a lot of traffic or hype outside of our own local networks to advertise the launch, as we don’t believe right now is the appropriate time to do this with so much work that still needs to be done. There will be a time and a place to do this (a growth phase), and once the game hits that point, we have a lot of plans for that. Until then, we are just focusing on developing the game and getting the remaining core features/systems in, and continuing to build the core community, which is one of the most important and vital priorities for us and our vision.

With that being said, roughly one week later we have sold over 900 copies, which continues to increase each day, and we have been holding around a 90% positive review rating with over 60 reviews—for the project being at the stage that it is in, we certainly see this as a success, and we are excited to grow the projects alongside the community and see where it takes us. Thank you to everybody that has purchased a copy so far (and a big thank you to those that went and left reviews on the game), it is certainly a tremendous help to the team, and is helping us reach our goals faster!

Now let’s get into the good stuff:


Most of the work that went into maps in June was in the form of general polish and optimization, and making detail passes to fill them out more. The level design team has also already gotten started on the next Pacific theater map: Guadalcanal. 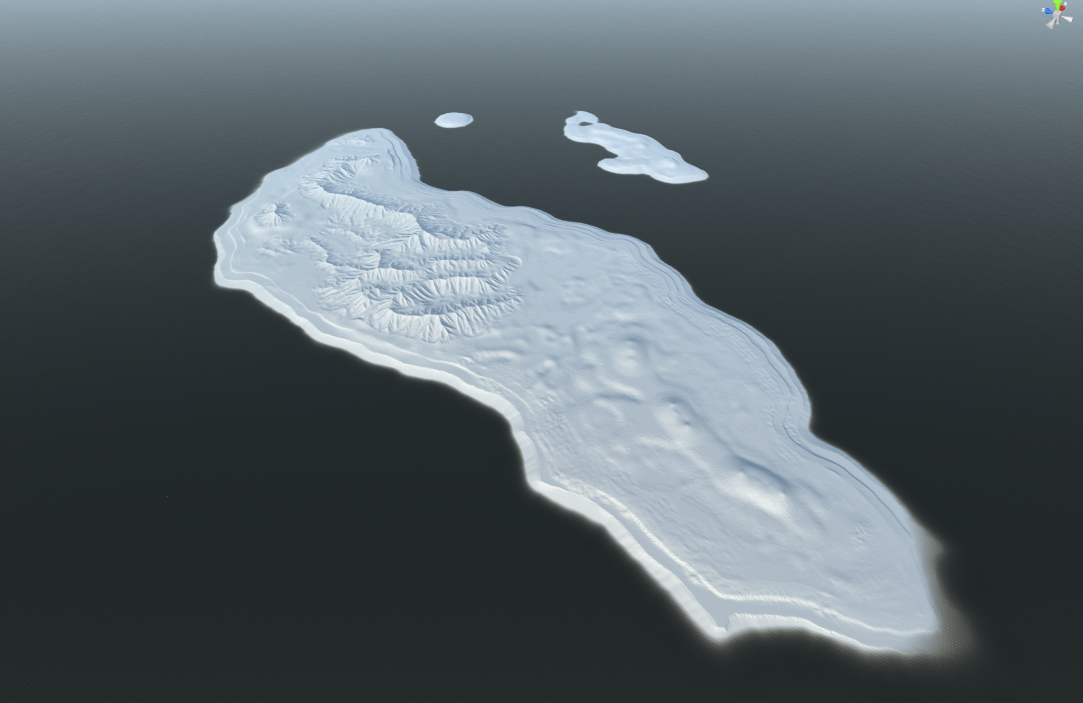 We only have the landscape heightmap blockout done so far (the image above), and there is still a lot more work to go before it will become ready for playtesting, but we wanted to share with you our plans for the next expected map to be released. As usual, we do not typically provide dates, but it shouldn’t be too long before we will have the first versions ready for a playtest. 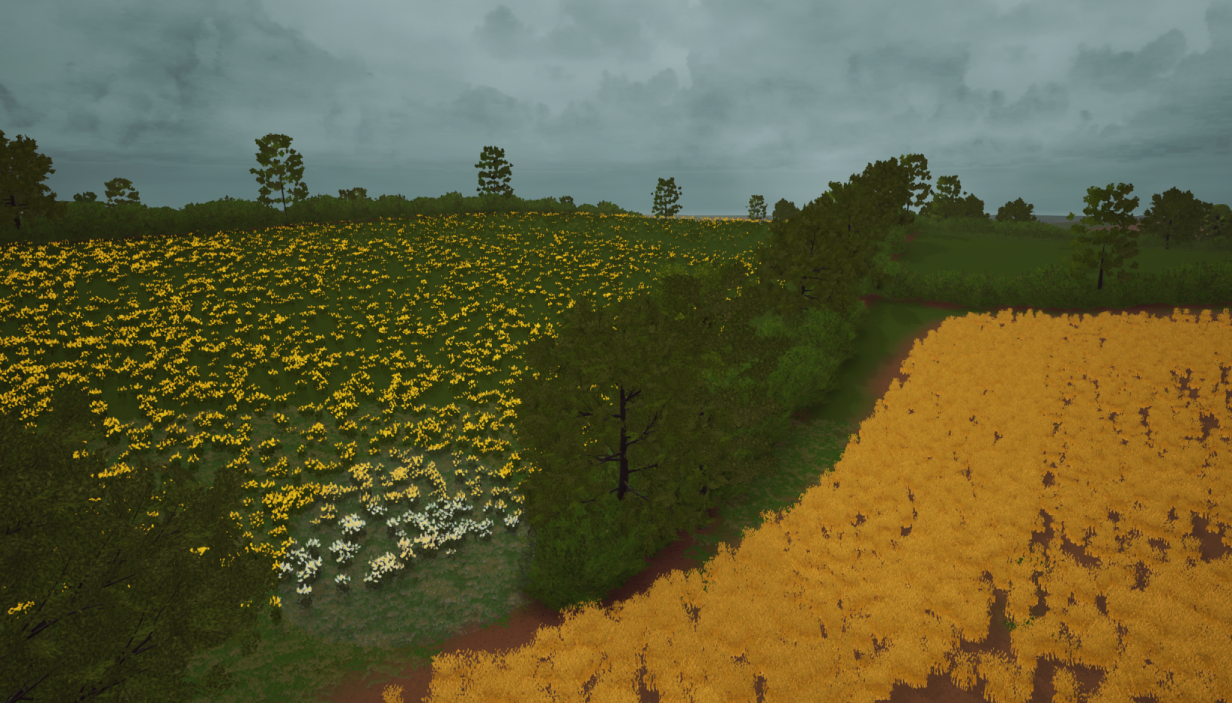 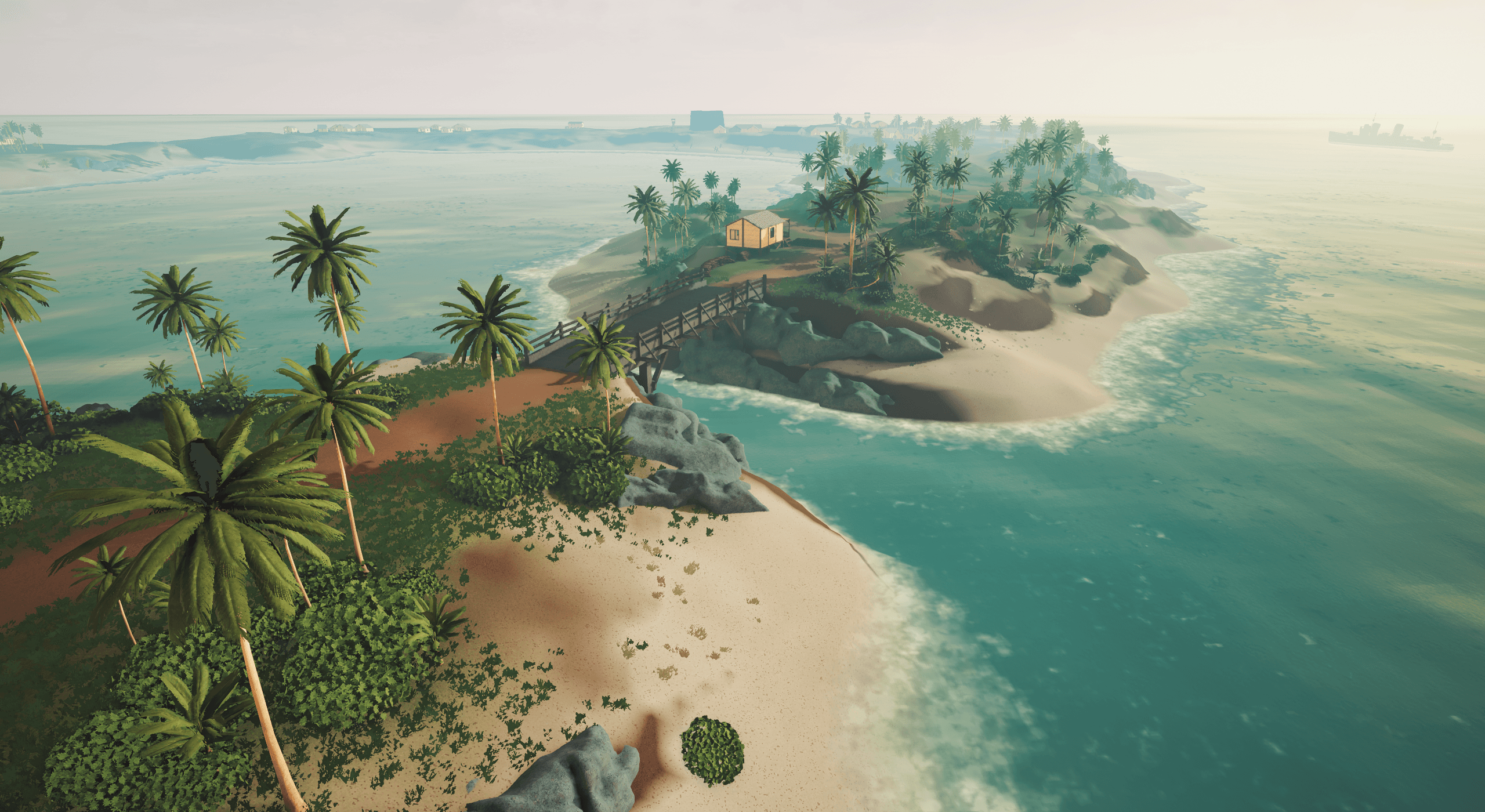 
In the month of June, there was mainly a lot of wrap up work on finishing models, as well as some texturing work to models that we showed off last month.

The USS Saratoga and the Japanese Hiryu aircraft carrier models have been completed, and are now waiting for textures, custom collision, and the mannable static gun emplacements to be placed and set up. Needless to say, there is still a lot more work to go before this and the other ships will be playable, however we are well on our way. The Daihatsu landing craft is also now fully textured and has collision, however it is not yet driveable.

The Corsair F4U and A6M Zero that were shown last month have now been textured. No more to report for aircraft right now—these are still a ways away, and these models will be used in our first testing grounds for implementing flying mechanics.

We have begun getting a couple new variations of the US faction created: the Marine Corps and the Army Airborne 101st/82nd paratroopers.

The Japanese models have been textured and just need to be rigged, then they will be ready to play.

The German soldiers are also getting a retexture soon:

Work has continued on Russian and Japanese weapons. Mostly new models have been made, and the Japanese bayonet has received a texture:

We got a bunch more static guns and weapon emplacements modeled and ready for textures. One of the 5” US battery guns has received textures, which you will find featured in-game on the Wake Island map.

Just a couple more miscellaneous props: a Belgian Gates model, and a US radar trailer prop has received its final textures.


Soon we will have an update to the overall UI experience: text chat and VOIP indicators.

Pretty straightforward quality of life features—now you will be able to utilize text chat to communicate with other players in your match (complete with filters for squad/team/global of course). In addition, now you will know when you and others are talking, with indication for whether or not you are talking in local/squad/command nets (availability of nets may vary later on in the game once we start bringing in rally points, radio bags, etc.—we are discussing internally a number of ideas for various radio/communication systems that we will share later).

Soon you will be able to better understand the capping mechanics when you are on a flag. This setting is subject to change based on how the server owner may tweak this parameter, but by default flags in Warfare require a minimum of 3 players to cap (unless there are less than that many players on a team). This is done to reduce frequent back capping—if you can coordinate it with 3 or more players, we feel you should be able to recap a point, but if you are a lone wolf sneaking behind enemy lines to recapture a point when nobody is looking, we feel that this is largely disruptive and counter intuitive to the team-based gameplay we would like to encourage.

Warfare launched with dedicated server files, which are available for anybody to download and set up a server whenever they want. If you are interested in starting a server, please refer to our server setup guide. Warfare servers are RCON compatible, which has functionality for basic commands and parameters for server owners and admins to get started with moderating.

Proper admin tools are extremely important to us, and are a top priority right now—if server owners don’t have the bare minimum tools they need to take care of griefers, cheaters, rule breakers, etc., what good are any of the new content and game features that we are working to include? With that said, here is our plan and approach to server moderation and giving server owners the options to run their servers and communities as they please:

As always, these ideas are subject to change, and we will continue updating and experimenting with additional ideas regarding community self-management and anti-cheat measures based on the community’s suggestions.

A much requested feature, keybindings and control customization will be coming soon.

In the current server files, map switching can only take place when a server owner or admin inputs a command to switch to another map. Soon, maps will be put on a rotation and will cycle upon the end of a round (the order of which will be defined by the server owner).

The Japanese faction will be added into the game soon. All of the work needed to make them playable is basically done, meaning implementation is very close. Now we will finally be able to run a proper Wake Island match!

I don’t have much information to share with everyone on the SDK just yet, but it is now on our priority list to release a first version of it to the public so the community can begin altering things, creating mods, etc. There will be more to come on this later.

We are also working on our first pass/iteration of bots. At first, they will be very primitive and basic, and won’t do anything too impressive—this will be the first step of many towards implementing full fledged bot support that will be capable of being used in not only singleplayer, but also coop and multiplayer game modes.

To start, we are thinking about bringing them in with a basic wave based survival mode in the shooting range, where they simply charge and attack you (they won’t be good for much more at this point), and you can fight them for as long as you can survive. This will also be a good way for players to practice with all of the various weapons in the game. Let us know what you think about this idea in the comments section.


We began conducting O:HD playtests in June, although the game is still currently “out-of-date” (i.e. it has not been brought up to speed with a lot of the improvements and updates that have been made to the OHDCore framework with Warfare). While Warfare is receiving most of our attention right now, there is still work going on behind the scenes with O:HD, and I figured we should share some teasers here for those that read to the end since there is no dedicated O:HD devblog yet.

Right now, there is work going into a total of 3 maps: Khafji, Muttrah, and Fallujah. You will find an image of a blockout for Khafji below, as well as some material samples and grass that will go into the world environments:

We will likely have our first official O:HD devblog next month with much more to share, so keep an eye out for that!

That’s all for now, thank you to everyone that took the time to check out our progress updates for the month of June. As always, be sure to keep an eye on all of our other platforms (linked below) to stay up-to-date on Warfare 1944 and our other projects!